The City of Arlington held a special election for Proposition #1 on Tuesday, February 11th and Proposition 1, which would allow the annexation of the Arlington Fire Department into the North County Regional Fire Authority, passed.

Property owners will now pay a dedicated fire levy and EMS levy directly to the NCRFA. In return, the City of Arlington will reduce its general property tax levy and repeal the current City EMS levy and AUF.

This change will take effect beginning in August 2021. Property owners will see a change in their tax bill in 2022.

We would like to thank the voters for their support! 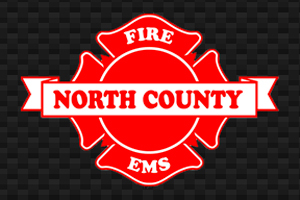 The city of Arlington is facing budget shortages due to costs outside of the city's control rising higher than revenues. Fire and emergency medical services are the most expensive city expenditure and alone exceed all property tax revenue. If it weren't for an EMS levy and an Ambulance Utilty Fee (AUF) there would be a critical shortfall in the city budget.

To remedy this, the city is holding a special election for Proposition #1, which would allow the annexation of the Arlington Fire Department into the North County Regional Fire Authority (NCRFA), also known as the North County Fire & EMS.

If annexation were to be approved, property owners would pay a dedicated fire levy and EMS levy directly to the NCRFA. In return, the City of Arlington would reduce its general property tax levy and repeal the current City EMS levy and AUF.

A successful annexation vote would result in the change taking effect in August 2021, with property owners seeing a change in their tax bill in 2022. Based on the most current data for home values, 54% of City property owners would save money or pay the same for emergency services; 28% would see an increase up to $5 per month/$60 per year; and, 18% would see an increase greater than $5 per month.

NCRFA is a separate taxing district which provides service to north Snohomish County and the city of Stanwood, which annexed into the NCRFA in 2018. The Arlington Fire Department and NCRFA share a medical services officer, fire marshal, community paramedic, training programs, and part-time emergency personnel.

Annexation would allow more effective use of personnel, increase training opportunities for firefighters and EMTs, and provide more emergency resources for Arlingtion residents. Taxpayers would benefit by sharing in the costs with other cities and municipalities, making this a more efficient, cost-effective service.

A Board of Fire Commissioners elected by voters in its service area are what governs the NCRFA. Arlington residents would be eligible to vote on fire authority matters such as fire commissioners, levies, and bonds. All Arlington Fire Department staff and emergency personnel would become employees of the NCRFA, and firefighters have endorsed the proposal. Arlington would still have fire stations, fire prevention programs in schools, and local firefighters participating in local events.

The annexation proposal will be on the February 9, 2021 Special Election ballot for voters in the City of Arlington. Property owners can compare what they would pay with the Annexation Calculator. City Administrator Paul Ellis (360-403-4603, pellis@arlingtonwa.gov) and Fire Chief Dave Kraski (360-403-3607 dkraski@arlingtonwa.gov) also are available to answer any questions.

For more information, go to https://www.arlingtonwa.gov/rfa