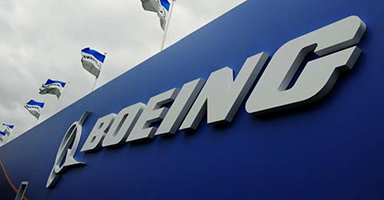 The Protecting the Right to Organize Act aims to boost collective bargaining.

By Hassan A. Kanu

A machinists union scored a partial but significant win in a high-stakes battle to unionize Boeing’s South Carolina facility, thought to be a bellwether for labor’s potential to organize workers in the southern U.S.

Federal investigators concluded there’s merit to nine unfair labor practice charges filed by the International Association of Machinists and Aerospace Workers against Boeing Co., according to the union. The list includes allegations that six workers were illegally fired last year in retaliation for openly supporting the union, according to IAM officials.

The IAM won a union election on a 105-64 vote last year to represent a smaller group of technicians after losing a previous bid to unionize most of the more than 2,000 employees at the North Charleston plant. That was considered by advocates to be a significant achievement for labor, illustrating the potential for organizing even under “right-to-work” laws that limit union finances in much of the South. Boeing is still fighting that election, arguing that the union “gerrymandered” a slice of the plant’s employees after failing to persuade a majority of workers across the facility to organize under the IAM banner.

A National Labor Relations Board regional director’s decision to approve the charges isn’t a final ruling on the allegations. However, it indicates that the federal government found evidence supporting IAM’s claims and believes the company may have committed legal violations. The two sides will now go before an NLRB judge, who’ll hear arguments and issue a ruling.

The long-running dispute and Boeing’s decision to fire certain known union supporters after the successful election has become a political lightning-rod, drawing attention and input from lawmakers in South Carolina and other states, the largest business groups in the country, and members of Congress.

“The regional officials decided there was merit to our charges about discriminatory enforcement against these people, the six terminations, and we’re elated by that, especially in this political climate,” said IAM organizing director Vincent Addeo. “It’s a sign there’s some hope out there for workers trying to form or join a union no matter what kind of political power the employer has, and even in a place like South Carolina, where union density is the lowest in the U.S.”

“Much like the initial filing of a lawsuit, all that has occurred is that the Regional Director has decided that the cases should go to trial before an Administrative Law Judge,” Boeing spokesman Charles Bickers said in an Aug. 19 email.

“Boeing has fully cooperated with the Regional office in their review of the union’s claims, and we are pleased that some of the charges have been eliminated,” Bickers said. “However, we strongly disagree with the NLRB regional office’s decision to proceed to hearing on the” challenged terminations.

More than 70 U.S. representatives took issue with those terminations in May.

“We understand that three of the terminated employees were allegedly discharged for missing a bird strike on an airplane engine in a post-flight inspection, even though the Federal Aviation Administration (FAA) subsequently supported the fired inspectors’ claims that there was no engine damage and no indication of a bird ingestion in the engine,” lawmakers wrote in a letter to Boeing.

Boeing’s response to the NLRB’s decisions maintained that the employees were lawfully fired and gave an account that contradicts lawmakers and the union.

“Each of the terminated employees was discharged for violating well publicized, longstanding and objectively reasonable safety and conduct policies, including for falsification of company records, failing to come to work, and walking across an active runway despite direct contrary instruction,” Bickers said.

IAM officials said they agree with members of Congress’ concern that Boeing may be wielding aviation security procedures as retaliatory tools while dealing with larger self-regulation problems with regards to safety.

The company is widely expected to fight the far-reaching case all the way to the Republican-majority labor board, and possibly to the federal courts.

President Donald Trump‘s appointees to the NLRB have taken a markedly pro-employer view of labor and union law. That includes overturning a number of worker-friendly Obama-era decisions and reinterpreting the law to benefit businesses that oppose unionization.

The regional NLRB office decided on 10 of IAM’s 24 individual charges, finding merit to five of six retaliatory termination charges and on charges that the company failed to bargain with the union before imposing discipline, according to IAM officials. It didn’t find merit as to one charge challenging an allegedly retaliatory training program, they said, because Boeing had planned to implement it before the union elections.

Boeing has generally declined to recognize the union’s status, while continuing to challenge the election results.

The union says Boeing has engaged in a hostile anti-union campaign and has retaliated against supporters to intimidate other workers or plant departments who may want to join or form their own union.
“Boeing’s mission is very clear—it’s to diffuse any union support” that was potentially spreading in their South Carolina facility and farther in the southern U.S., Addeo said during a phone call Aug. 19.